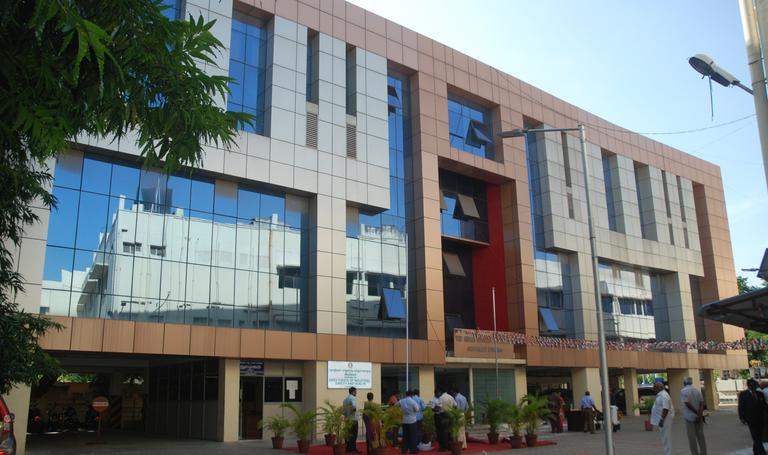 This Association which was started in the year 1907 and registered in Reg.No 02/1909-1910  by the Gazetted Officers of State and Central Governments and Judges of the Indian Judiciary. As the British officers did not allow the officers of Indian origin to join their Association or even clubs, they felt proud that they should start their own Association and then stand as equal to the British Officers.  Justice Pratap Singh building was completed in the year 1997 and the building has been constructed as a commercial-cum-office complex consisting of ground and 2 upper floors.  The land having a total extent of 25 grounds and 797 Sq. ft. on which the above building stands was acquired by the Indian Officers Association out of the beneficial and liberal contributions made by its members.

We have an Auditorium which can accommodate 180 delegates at a time with sophisticated seating arrangements. Fully Air conditioned. It is given on rent to public also.

We have a students' Hostel which can accommodate 60 students. This is meant to cater to wards of members only.